The path towards the judicial position of Oleg Fedorov, a graduate of the second hundred of the “Tomorrow’s Lawyer” Program, began in 2012. He participated in the selection of a judge of a local court, and for 3 years was in the judicial reserve. Since 2007 he has been practicing law. Another chance to achieve his goal Oleg Fedorov received during the competition to the High Anti-Corruption Court in 2018. Today he is a judge of the High Anti-Corruption Court.

We spoke with Oleg Fedorov about personal motivation, judicial routine and ethical standards. The material was first published on the website of “Yurydychna Gazeta” weekly. 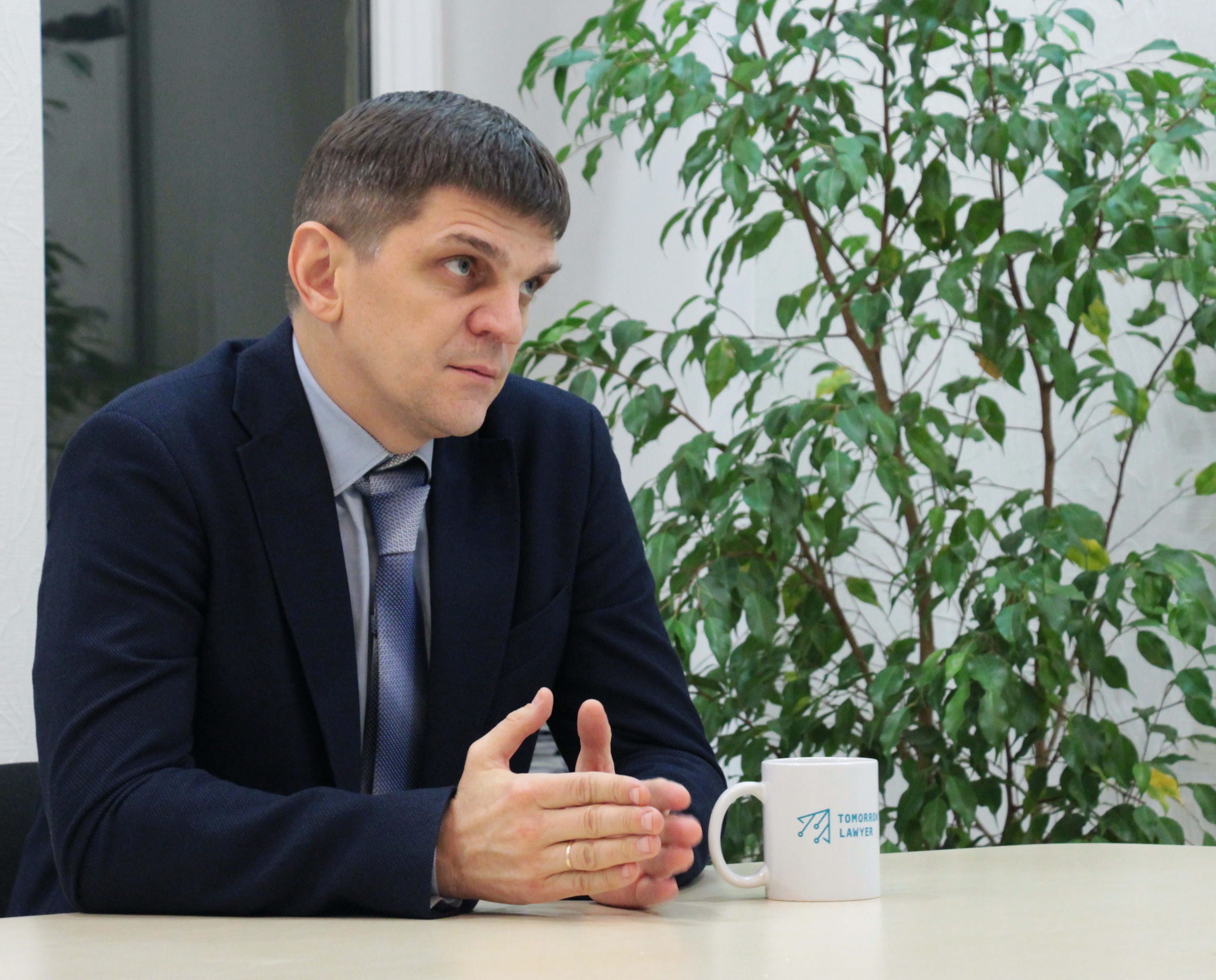 About HACC and expectations of society

The Anti-Corruption Court is considering criminal proceedings involving corruption offenses. This topic is of great relevance to society, and therefore the role of the Supreme Court of Anti-Corruption is particularly important. The expectations of society (regarding the work of HACC – ed.) are quite reasonable. We are constantly expecting positive change. Perhaps that is why the appearance of this court brought us hope that the situation in the judiciary (in particular, in the fight against corruption) will be improved.

About the fight against corruption

The task of combating corruption is confronted with different bodies: the National Anti-Corruption Bureau of Ukraine, the Special Anti-Corruption Prosecutor’s Office, and others. The Anti-Corruption Court is not a punitive body. It is a specialized court that deals with an exclusive category of cases. Proper performance of their tasks by all bodies, including all courts, will reduce the corruption phenomenon.

Political statements regarding the work of judges

Personally, I do not feel any influence or interference from the executive and legislative branches. They participate in the court’s work, adopt decisions and pass laws. However, this applies to the functioning of all public authorities. When it comes to some of the rhetoric of officials addressed to judges, I believe that guidance on what decisions judges should make is inappropriate and even inadmissible. This is not in line with the principle of the independence of the judiciary.

About motivation to become a judge

I started my journey to the position of judge in 2012. I participated in the selection for the position of judge of a local court, and for three years I was in the judicial reserve (until 2016). The reserve was then cancelled. There was a point where I had to decide what to do next. This when I heard about the competition to the High Anticorruption Court. Because I had a goal to become a judge, I decided to try it. In addition, I took it as a challenge and an opportunity to be involved in the eradication of corruption in the country.

About adapting as a judge

The adaptation process cannot be called a quick one. You cannot become a lawyer or a judge in one day. Today, I am getting new experience, knowledge, daily, and I am in the process of transformation from lawyer to judge (smiling – Ed.).

Of course, being a judge is quite honorable and interesting, though extremely responsible. Every day you make decisions that affect one’s fate. The judge must impartially, objectively, and profoundly analyse the case file. Unlike a lawyer or a prosecutor, you cannot be on one side or the other. You need to listen to both sides and understand what really happened.

I have been involved in litigation many times in my legal career. Of course, I had no idea what was happening behind the scenes: how the court received the materials, how the judges at the panel communicated, how the decisions were made. Today I have the opportunity to observe and participate in all these processes from within. The team is friendly enough. You can always refer to colleagues with experience in the judiciary, no one refuses advice.

The court has a task to administer justice effectively and within a reasonable time. The absence of any of the participants in the process affects the term of the case, which leads to violations of individual citizens’ rights. There have been cases where prosecutors or attorneys failed to have appropriate authority in courts. We respond to such situations and refuse them from entering into the process. In the event that one of the parties does not attend the meeting without good reason, we contact the councils of lawyers or the prosecutor’s office to apply  disciplinary sanctions.

If a participant to the court proceedings has been involved in a trial in another court before, he or she must report it and provide evidence (including a court report or a medical report in case of illness). Such actions are a manifestation of respect for the court and other participants in the process. Any relationship related to the criminal proceedings before a court should be based on the mutual respect of the parties. This can be achieved by setting the same ethical standards for all litigants.

If ethical standards were the same for all members of the legal profession (such as in the US), this would have a positive impact on litigation. Of course, this issue needs serious discussion among the legal profession. Ethical nuances exist in every profession – lawyer, prosecutor, investigator, judge. However, there must be common ethical standards and principles that unite everyone. At a minimum, this is a professional attitude and respect for each other.

First, my city of residence changed (he moved from Kharkiv to Kyiv – ed.), and this affected the life of every member of my family. You need to create everything from the start, look for your wife and children. As for the influence of the position, I cannot say that before that I had led a certain way of life that did not fit into the standards of a judge. I started my journey to this profession a long time ago and knew that my life will be plainly visible. At the same time, my civic position has remained the same since my appointment to HACC.

Will I stop helping the Ukrainian army? By the way, I heard this question during an interview in the course of the HACC competition. No! As long as the war continues, every citizen must remain a citizen. Everyone should do what he or she can to help. Someone has to keep their weapons and someone has to raise their weapons. I remain true to myself and in this sense I do not want to change. I want to become a professional judge so that I am not ashamed of my decisions.

I do not have plenty of free time, but when occasion arises, I like to walk the streets of Kyiv, especially with children. I try to communicate with them every day when I come home in the evening and have an hour and a half to sleep. I read the youngest daughter a book, I am interested in how things are with my son, I talk with eldest about her hobbies. I like to run, to walk a lot, though now it is infrequent. This year, I tried SAP for a first time (SUP Surfing – Ed.).

About the “Tomorrow’s Lawyer” Program

For several years, I have been in quest for myself: reading books, attending seminars, etc. I was constantly on the lookout for any means of self-development. This is a very positive experience. However, there was one problem – the lack of like-minded people. It was the “Tomorrow’s Lawyer” Program that made it possible to find a collaborative environment. I seemed to have a second breath; I took a different look at myself, my environment, and my goals. At that moment, I left the judge’s reserve and stood at the crossroads: I did not know whether to remain a lawyer or to continue on my way to the judiciary.

I regret that this program has not appeared in my life before. Probably, it would give me more opportunities to be a lawyer. In general, participating in the program has been a good impetus for me, and a catalyst for growth. I found the extra strength and motivation to move forward.